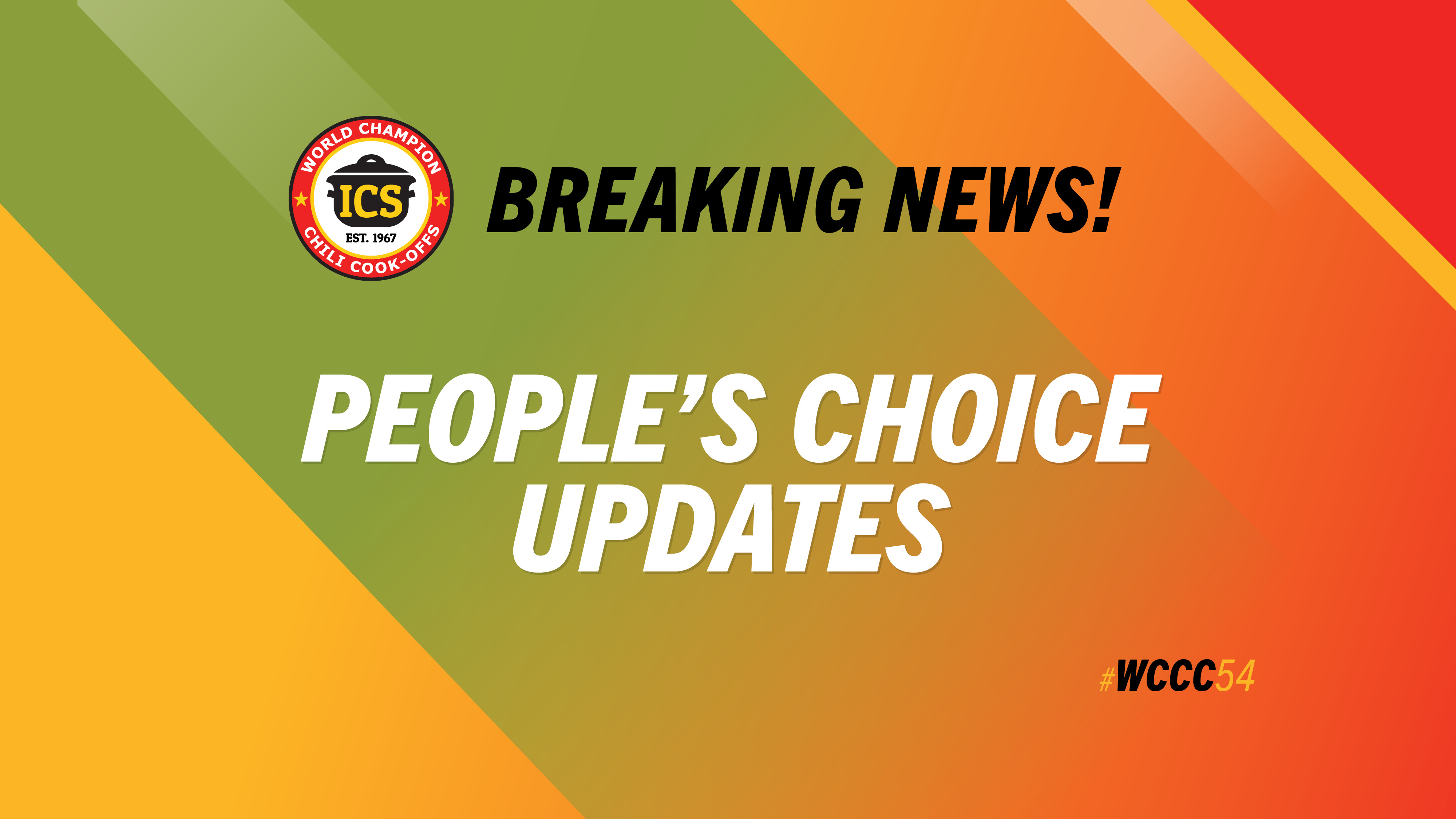 The International Chili Society (ICS) has made several changes for the 54th Annual World Championship Chili Cook-off (WCCC), all in an effort to improve team experience and performance in Myrtle Beach, S.C. this September.

The biggest changes involve the People’s Choice (PC) program. In the past, ICS has required four gallons of chili per category for this effort; however, ICS just reduced that quantity to two gallons per day (not category).

“We’ve been told that in previous years, husband and wife cooks would have to make up to 16 gallons of chili a day if they were competing in two categories per day. I mean, we all love chili, but in my opinion, that’s just too much work for a competition team,” said Mike McCloud, CEO of ICS. “Don’t get me wrong, though. The People’s Choice program is VERY important to drawing in chili fans and sponsors. But at the end of the day, we wanted to find ways to ease the burden on cooks and maximize the benefits of competing at WCCC.”

McCloud went on to explain that developing an amateur division at WCCC has allowed ICS to decrease the amount of PC required of ICS cooks.

“We will host two challenges that will help supplement the amount of PC chili available to the public– the Corporate Cup Challenge, which is a local company effort, and the World Open Chili Challenge, which is available to teams who are winners from non-sanctioned contests. Not only will this lighten the load for our pro ICS cooks, but it will also provide some great variety of chili to attendees,” McCloud added.

One other huge change for WCCC this year is the fact that teams will be competing in their own tent space. All WCCC cooks will be provided their own 10x10 tent to work from, allowing them more room to work and decorate their area in a festive way. This is also one of the new parameters that ICS has been encouraged to undertake as a result of the pandemic and social distancing guidelines that are impacting major events now.

Since 1967, the International Chili Society (ICS) has been bringing people together over one of America's greatest culinary creations. ICS sanctions more than 100 events a year nationwide with one mission –  to continuously improve chili while raising money for charities and nonprofits. More than $100 million has been raised for charities by the chili arena since ICS was started. To celebrate each year’s pro-chili season, ICS holds a World Chili Championship Cook-off (WCCC) and crowns World Champions. To see previous winners, click here.