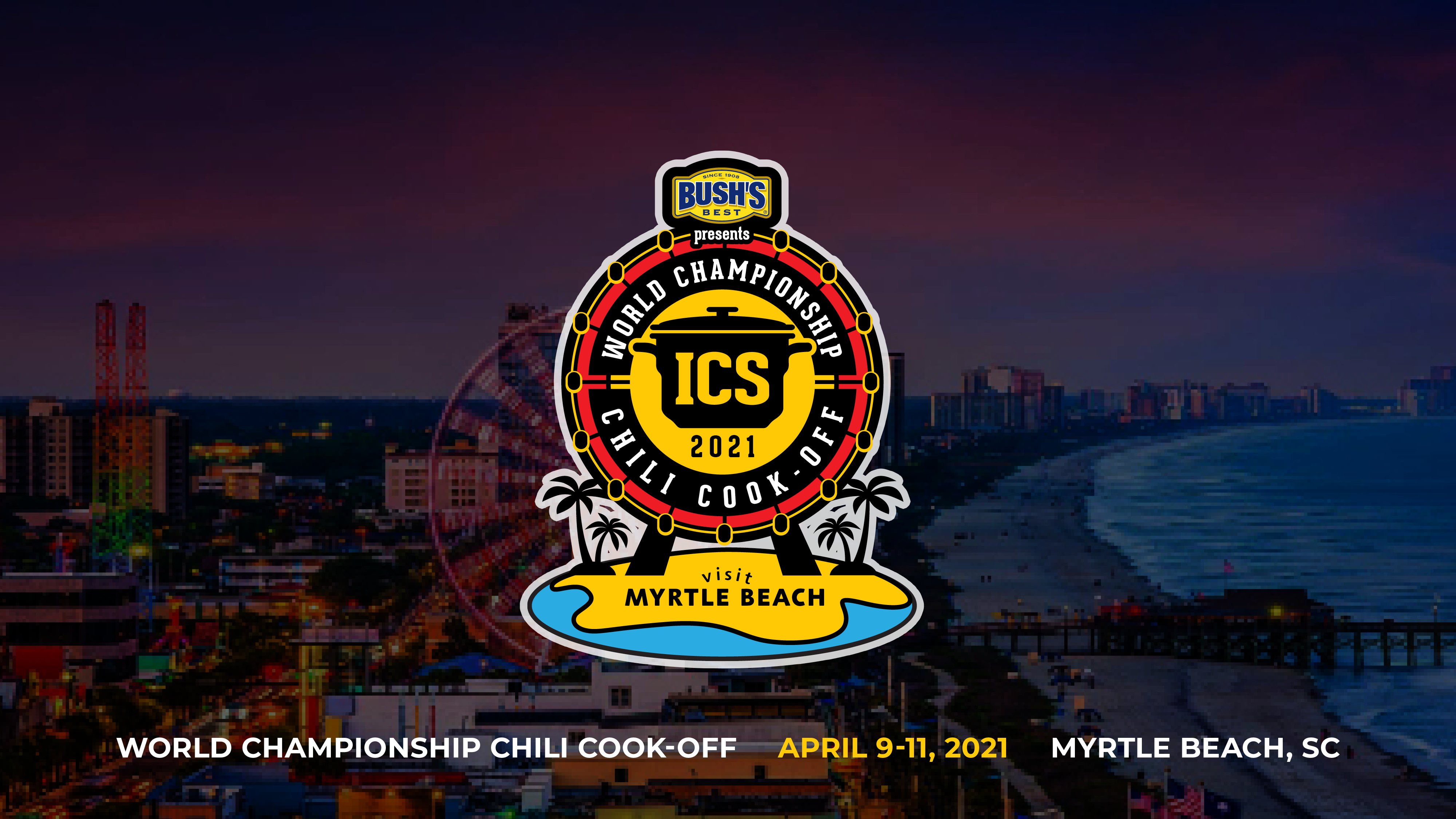 To bean, or not to bean. That is no longer a question at the World Championship Chili Cook-Off (WCCC), which will be held April 9-11, 2021, for the first time in Myrtle Beach, South Carolina.

The International Chili Society (ICS), the sanctioning body for the WCCC, announced today that it will be featuring BUSH’S® Beans as the presenting sponsor of the iconic cookoff.

“BUSH’S® Beans is a wonderful company with a great history, just like the World Championship Chili Cook-off,” commented Mike McCloud, the CEO of ICS. “For more than 50 years, our championship has delighted chili heads around the world with our Traditional Red and Verde categories of chili. And this year, our Homestyle division will be just as impressive as we welcome BUSH’S® to the table and invite chili cooks of all ages, including children, to Myrtle Beach for an incredible chili beach bash.”

For more than 100 years, chili fans seeking unparalleled flavor and quality have reached for BUSH'S. The brand’s Chili Beans, which are known for a special blend of chilies, spices, garlic and onions, will be on hand this year to help contestants make their best chili even better.

“BUSH’S is thrilled to sponsor the 2021 World Championship Chili Cookoffs,” said Brittanie Weaver, Bush’s Director of Marketing. “Our slow-simmered and perfectly seasoned Chili Beans have played a long standing role in different types of chili-inspired dishes, so we are excited to help show uninitiated chili-heads why BUSH’S Chili Beans are the Chili Beans of the pros.”

Almost $100,000 will be up for grabs at the 54th WCCC, which was started by legendary automotive enthusiast Carroll Shelby and friends. The 2021 categories include Traditional Red, Homestyle, Chili Verde, Veggie, and the much-anticipated return of Salsa. A “Last Chance” category will also be available to competitors who did not get the chance to qualify due to cook-off cancellations and an unprecedented year. Additionally, WCCC will host a “Corporate Cup Challenge” for local businesses in the Myrtle Beach Area that want to try their turn at Chili competition. To learn how to enter the competition or judge the entries, simply follow the International Chili Society on Facebook, Twitter and Instagram (@ICSChili).

Since 1967, the International Chili Society (ICS) has been bringing people together over one of America's greatest culinary creations. ICS sanctions more than 100 events a year nationwide with one mission –  to continuously improve chili while raising money for charities and nonprofits. More than $100 million has been raised for charities by the chili arena since ICS was started. To celebrate each year’s pro-chili season, ICS holds a World Chili Championship Cookoff (WCCC) and crowns World Champions. To see previous winners, click here.

Family-owned since 1908, BUSH'S® is all about friends & family, and a certain Secret Family Recipe. When you enjoy BUSH’S Beans (doesn't matter if they're Baked Beans, chili beans, black beans, pinto beans…well, you get the picture), you can trust that they're the very best. Because BUSH’S wouldn't serve your family anything less. Since their start more than 110 years ago in Chestnut Hill, Tennessee, BUSH'S has always maintained that quality is the best policy. They pursue excellence and exceptional taste in their beans, sauces and everything we do. That's why, from mouthwatering Baked Beans & Chili Beans to satisfying bean recipes, you're cooking up the best with BUSH'S BEST®. For more information, visit www.bushbeans.com.