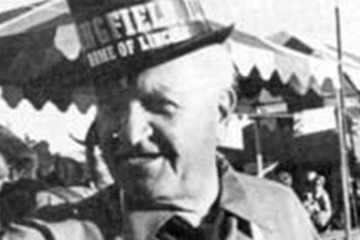 Stir in contents of chili mix and add tomato sauce.

Simmer for 1 hour and add Tabasco.

*Joe DeFrates originally developed the Chilli Man Mix (the Illinois spelling of Chili) and sold it, packaged, under that name from the 1950s until he sold the recipe to the Milnot Co. of Litchfield, IL, in the 1970s. It is available today in most midwestern states under the original name. The actual ingredients of the chili mix are not available.