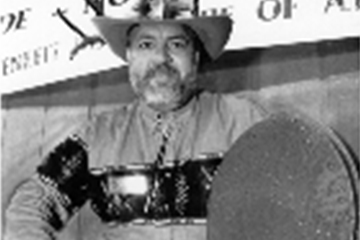 Put beef into your favorite chili pot and simmer with onions and garlic broth for one and a half hours.

Keep your hands off and leave the lid on!

Fifteen minutes before eatin time, take off the lid and enjoy the aroma of the greatest chili ever to slide into a melmac bowl!

Put the lid back on and simmer for another 15 minutes.


Its now ready top serve. Give out the Pepto Bismol samples to all small children and women who wish to eat your chili. Give your empty chili pot to the chili groupies and suggest they use new Dawn Detergent to clean it up. (Its the Official Grease Cutter of the International Chili Society) Comb your hair, straighten your hat and practice being modest before you receive applause OR the Championship Trophy if you are competing in a sanctioned ICS Cookoff. Serve with a cold Budweiser. This will serve 6-8 hungry Varmints.