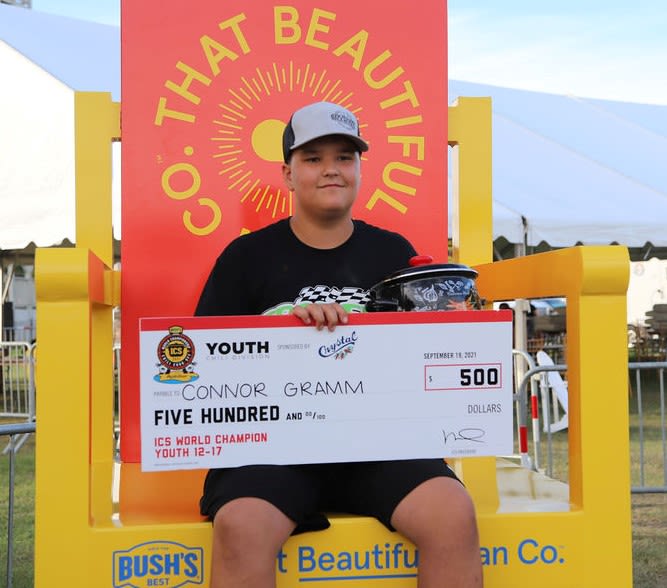 Connor is 13 years old , in 8th grade, and plays on the football team for his school in PA. He enjoys riding his dirt bike, playing video games, attending sprint car and off road racing events, camping, boating, little league baseball and just handing out with friends. He was raised on the chili trail, hitting cook-offs with his father since birth. He has been actively cooking in chili competitions in the youth division since 2016. When he was 8 years old, he competed in his first youth cook-off in Connecticut and won! He has cooked in 7 different states and has attended the World 's Championship 3 times. Connor looks forward to defending his Championship title at the next WCCC.

Prepare the spice mix by combining the chili powder (your favorite brand) with the paprika, onion and garlic. Separate mixture into 4 equal parts or “dumps”. Put the sauce ingredients together in a bowl and set aside.

Brown the tri-tip (in small batches) in oil and drain. Add the meat to a large pot with 1 cup of the sauce and the first “dump”. Simmer for 45 minutes. Add 1 cup of sauce and a “dump” every 45 minutes thereafter and continue to simmer pot. Fifteen minutes after your last “dump” add the cumin and salt mixture.

Stir chili pot 3 times to the left before turning in.