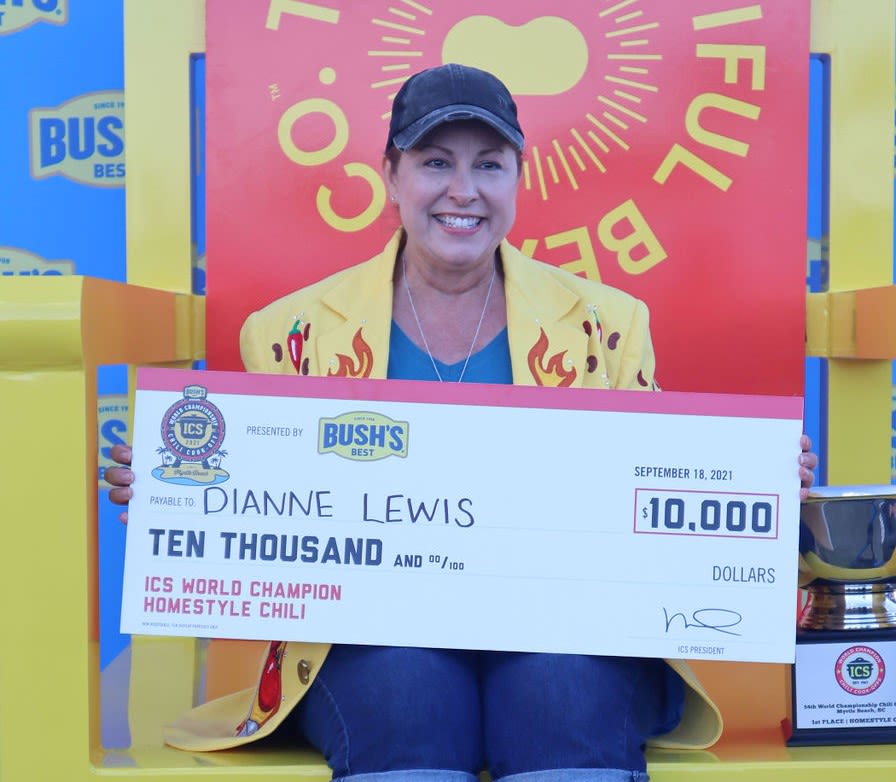 I started cooking competition chili in 1982 through my dad, Dan Edmonson and my sister, Lisa Edmonson Stone. In 1983, our dad tragically passed away and was never able to compete at the World Chili Championship that he had qualified for. I remember him being so excited about qualifying to cook. Around 2007, my youngest sister, Elaine called and asked if I wanted to cook competition chili to honor his memory. Without giving it a second thought, we all started cooking chili and became known as the Chili Con Carnies. I will tell you that it took several years to figure out how to cook competition chili and we had weekly test kitchens as if we were working on a science experiment. Eventually, our team started to win a few competitions and then oh my goodness, it got bigger! We started winning State competitions in Texas, Colorado, Louisiana, Oklahoma and Tennessee as well as the Terlingua International Chili Championship (won by my sister, Lisa Stone in 2016.) To this day, we always remind ourselves to stay humble, be willing to learn, and don’t ever give up. Through competition cooking, our dad left us with a crazy big ol’ family of cooking friends that I call family. I am beyond shocked and so humbly excited to have won the 2021 54th Annual ICS WCCC Homestyle Chili Championship. In honor of my dad, Dan Edmonson, this is for you Dad!

In a 3 or 4 quart pot, lightly brown 2 lbs. 80/20 Ground Chuck in 2 TBS Canola Oil. As you are browning, leave meat in big chunks in your pot. Drain off the grease and set meat aside. Clean out your pot and add meat chunks back to pot and add 1 can each Swanson’s Beef and Chicken Broth. Cook on low boil for 45 minutes. Remove meat and strain off grease from broth. Add strained broth and meat chunks back to pot and add Tomato Sauce and 1st Spice Mixture.
Cook on low medium heat being careful not to mash the meat. After about 30 minutes, turn off heat. Cut meat chunks down or use a potato masher to break up meat to about fingertip size.
Turn on heat to low and add 2nd spice mixture. Add Bush’s Chili Beans. Simmer on low heat for about 20 minutes.
Before serving, add 3 dashes of Cholula Hot Sauce, salt to taste and if needed, cayenne pepper for heat.